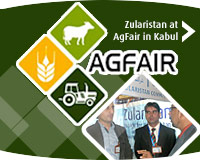 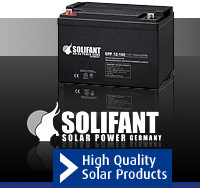 As U.S. withdraws from Afghanistan, darkness falls on Taliban’s birthplace

Inside a former U.S. military combat outpost, still ringed by curled barbed wire and blast walls, several massive generators are silent. Outside, factories that depend on the machines for electricity are either shuttered or on the brink of closing. Read more


According to a survey conducted by the MEW Afghanistan has the capacity of producing 200,000 Megawatt solar energy by harvesting the sun. The survey shows Afghanistan gets 300 sunny days each year. Thus the private sector can take benefit from this golden opportunity by providing electricity to the people of Afghanistan.

According to statistical information of Minister of Energy & Water which has declared that “Afghanistan has capacity of producing two hundred thousand Megawatt solar energy and more than Sixty Hundred Thousand Megawatt wind energy”.
Officials of this Ministry say “Although no law has been passed by the government of Afghanistan for private power producers but the interested companies can obtain the production and sales licenses from the said Ministry”.

Deputy Minister of Ministry of Energy & Water says “ according to our estimation Afghanistan has more than Two Hundred Thousand Megawatt Solar Energy & more than sixty Hundred Thousand megawatt Wind Energy, So it ‘s up to those who want to do investment in Afghanistan in the mentioned sections ” he added “ I am sure if we do investment in these sectors Afghanistan will get more energy from which we can even export/sell to our neighbors countries“.
It is so easy for those companies to get energy from Sun and wind, who want to do investment in this field, but the solar energy products are very high and the local companies want help and support of the government in this regard.

Representative of Zularistan Ltd Says” Many foreign companies are interested and want to start solar energy‘s equipments productions in Afghanistan, but the current Situation of the country, importing raw materials into Afghanistan & others related issues are hurdles in front of the investors to do investment in Afghanistan in this section.
At this stage Afghanistan needs less than five hundred thousand megawatt of electricity and if these existing resources are utilized correctly then Afghanistan will be the biggest Energy exporter to the neighbor countries as well.


A Metropolitan City will soon be in Darkness

Due to shortage of power and electricity in Kandahar, out of 190 factories 90 have been closed and most of its citizens don’t have access to pure drinking water and other basic needs of life dependent on availability of electricity. Read more